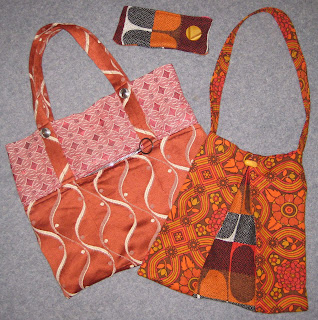 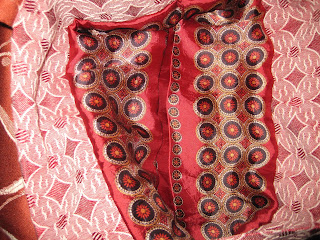 Last week a graphic design job I'd been working on for weeks and weeks finally went to the printers and I could not wait to get sewing again.

I had been dying to get on with a project involving making a large piece of soft furnishing from ties (see pictures below). I don't normally stop on any type of project until it's finished but I've already run out of ties so, in the meantime, it's back to bags again.

The bag on the left took far longer to make than it should have: errant thread from the first hour's sewing found its way into the guts of the machine and caused no end of problems. I was quite sick of it by the time I finished except for that lovely silk scarf lining (second photo). By contrast, the bag on the right and the little purse were run up in the blink of an eye.

I still have a huge bag of scraps and leftover fabrics to work my way through so no doubt there'll be more to come over the next few days. Beats working any day! 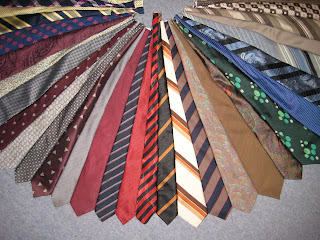 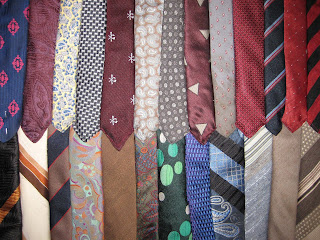